I have not yet had a chance to work with the Iris360 camera but I thought I'd do a pre-purchase analysis of the camera's capabilities and shortcomings based on the materials made available by NCTech. I have no affiliation with NCTech and the opinions and conclusions expressed are my own. Image copyright of NCTech.

The Iris360 Camera from NCTech is a little black box that does something kind of amazing.

It takes a photo using 4 lenses to create an immersive 360 degree photosphere.

At $1999 it is affordable for photographers who could charge businesses a fee for that service.

Photographers who currently create photosphere imagery with DSLR cameras will point out that the Iris 360 has a large nadir hole.

The lenses are pointed a few degree upwards to avoid photographing the feet of the tripod that holds the Iris 360 in position.

NCTech has some solutions for that but the fact remains that the nadir hole is a real issue for anyone who would hope to present top quality results to their customers.

If the photographer should wish to post process the imagery they have the option of downloading the files to make certain adjustments using NCTech's Immersive Studio software.

The proprietary ".nctri" RAW file is an provides 8 bit file type so these files would not offer as much dynamic range as is possible with a DSLR and the files cannot be opened with Photoshop for specialist corrections such as cloning out distractions or using Photoshop to blur or clone over people or private information. Perhaps Immersive Studio would allow for some of those corrections but I haven't had a chance to try it out yet so I'm not sure.

At the moment photosphere images uploaded to Google Maps via the Street View App cannot be connected to create the virtual tour style navigation familiar to users of Google Street View.

I'm not aware of the process for downloading panos that have been published via the Street View App so I'll have to investigate that further.

Using their 'own Web UI from the camera or upcoming IOS/Android Apps to capture' sounds like it would be a solution for using the NCTech to publish photospheres through the Street View Editor which is the only way to create the virtual tour constellations that appear in the 'See Inside' button across Google's range of products.

The technical specifications mention that the remote control option using a smartphone or tablet offers 'full camera control' which, judging by the published screenshots include manual override of the exposure settings, ISO, and other camera controls that could affect image quality.

The Iris360 has been developed in conjunction with Google specifically to create photosphere imagery for Street View and the imagery it creates is reasonably high quality.

Google announced the new 32Mp requirement at the same time that they announced the partnership with NCTech in creating the Iris360 so the quality offered by the Iris360 might be seen as the benchmark for Google Street View imagery going forward. (Update - as of August 2016 Google now accepts imagery from the Ricoh Theta S which around 14Mp)

If a photographer, or indeed someone without any specialist photographic knowledge, wanted to enter the Google Street View | Trusted program then the Iris360 would seem to represent an affordable and straightforward way of doing that.

If a photographer with specialist photographic knowledge is interested in having the fullest degree of control over the image making process then a DLSR with a high quality fisheye lens and approved rotator is still a better solution.

If a photographer already owns a DSLR, fisheye lens and rotator then there is no need to purchase the Iris360 sight unseen and you should wait until the NCTech has implemented the promised improvements to the nadir hole patch options before purchasing their product.

The speed and convenience of the Iris360 is appealing but the DSLR can achieve the same results if the photographer were to bring a laptop computer along on shoots. The quality and flexibility of using a DSLR make it the clear choice for imaging professionals. 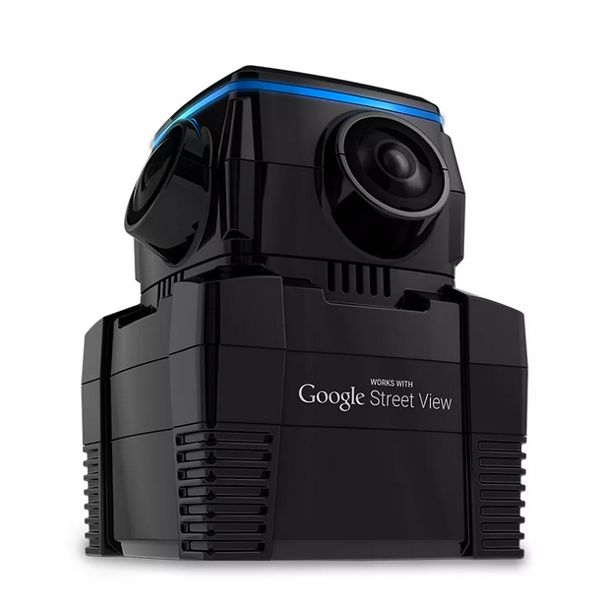